Bangladesh emerged as an independent and sovereign country in 1971 following a nine month war of liberation. It is one of the largest deltas of the world with a total area of 147,570 sq. km. With a unique communal harmony, Bangladesh has a population of about 152.51 million, making it one of the densely populated countries of the world. The majority (over 88%) of the people are Muslim. Over 98% of the people speak in Bangla. English, however, is widely spoken. The country is covered with a network of rivers and canals forming a maze of interconnecting channels. It is mostly surrounded by Indian Territory except for small strip in the southeast by Myanmar and south by Bay of Bengal. Being an active partner, Bangladesh plays vital role in the international and regional forum, particularly in the UN, Commonwealth and South Asian Association of Regional Cooperation (SAARC). 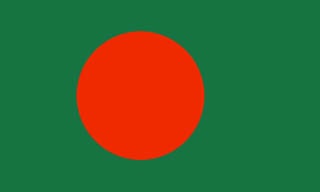 Most of its area is relatively flat lying. The only significant uplands are in the northeast and southeast of the country. Bangladesh has a tropical monsoon climate marked by sweltering temperatures and high humidity.

The Union Council is the lowest administrative unit. Each Union comprises about 20,000 inhabitants. Generally 7-10 Union cluster into a Thana (Police Station). Several Thanas form a District. There are about 560 thanas and 64 districts in Bangladesh.