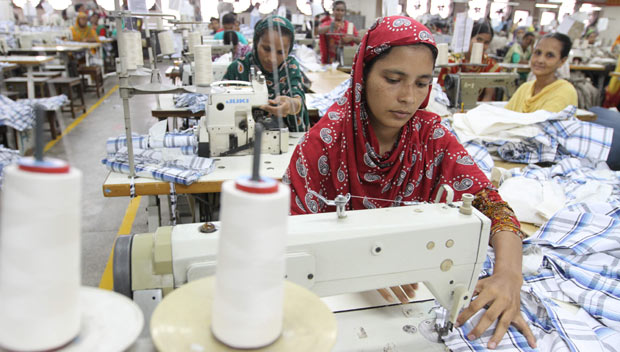 Bangladesh is a country of 126 million people. It occupies the lower portion of the Ganges, Brahmputra, Delta and has an area of 143,988 square kilometers. Bangladesh is endowed with fertile land of 22 million acres and a vast reserve of natural gas. There are also substantial reserves of high quality coal and building materials, need to be tapped as yet.

There are two sea ports: Chittagong and Khulna where all the modern facilities exist for handling cargo. The main centres of commercial activities are the capital city of Dhaka and the port city of Chittagong. Bangladesh has also a reasonable level of road and rail network which connects the two ports with all the urban centres throughout the length and breadth of the country. The telecommunication system is also well developed.

Though Bangladesh has a number of natural resources and educated and motivated work force, the country does not have enough capital and the right level of technical know-how. The government is keen on securing participation of foreign investment for accelerating production and economic growth. To that end the government has announced a number of incentives including tax holidays and unhindered repatriation of profits. Bangladesh also follows a very liberal and open import trade regimes. The exchange credit is quite stable and the rate of inflation is also low.

The government encourages both local-resources-based industries and also export-oriented industries to strengthen foundation of an export-led growth. The government has recently undertaken the work of updating the Companies Act, Patent Laws, Trade Mark Laws and the Customs Act to complement its new industrial and investment policies.

Bangladesh is a member of the Economic and Social Commission for Asia and the Pacific. Bangladesh joined Bangkok Agreement in 1975, and South Asian Association for Regional Cooperation (SAARC) in 1985. In addition, the country is a regular member of the Agreement on the Global System of Trade Preferences (GSTP) among developing countries.